Roads to Rome lead in Pompeii and Herculaneum too… 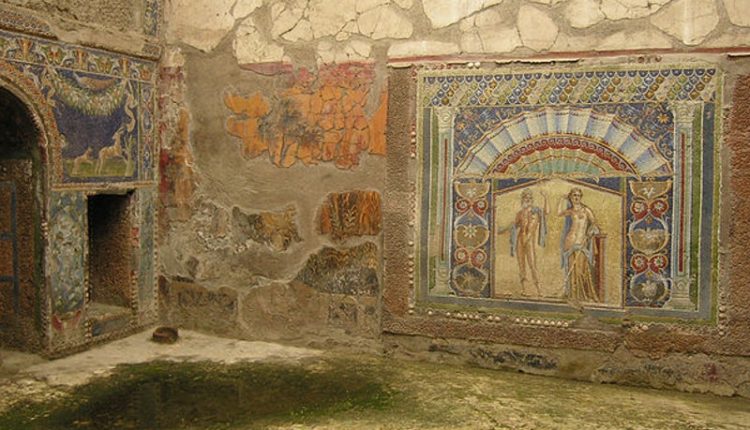 Tiqets began to exclusively market an entrance ticket to two Roman cities destroyed by the Vesuvius volcano. You all know Pompeii but one name to add is Herculaneum. The volcanic eruption in AD 79 was a disaster for local residents, but historians and visitors who wish to travel in time for that period can enjoy exceptional access to archaeological finds.

The Tiqets ticket that costs € 30 per participant offers a skip the line entry in two cities preserved under the same eruption 2000 years ago at the height of the Roman Empire. You can see remnants of those events and take a look at life that has frozen in time.

Pompeii is the best-known of the two, but with the new ticket you can go to both places and discover the forums, the amphitheaters, the public baths and the private houses. You can also see the Aqueduct in Pompey’s  and the Herculaneum Arena.

The tickets will arrive on your mobile phone immediately. In Pompey you will be asked to showthem on the phone and in Herculaneum to replace it with a paper card at the ticket office.

How to get there? A train to Pompeii leaves from Garibaldi Naples Station. Take the train called Circumvesuviana (meaning surrounding the mountain) towards Sorrento and descend at the Pompei scavi station, a 700-meter walk is needed to get to the site.

To get from Pompeii to Herculaneum take the same train in the direction of Naples and descend at Ercolano Scavi station.

The excursion does not include a fee for a train from Pompeii to Herculaneum in the amount of 2 euros. The cost of this product is € 99 per participant.

Pompeii only, departure from Rome or Naples

If you are only interested in Pompeii, there is also a special ticket that includes a bus with departure from Rome and back to it. The duration is 10 to 11 hours, departure at 8 am. Price of the trip, € 87 per participant.

This is an air-conditioned bus ride with wifi and a fairly convenient ride to the attraction that also includes transfer from Pompeii bus station to the historic site. The tour does not include a guide (audio guide, only). A similar version is also available from Naples, this costs about half price and planned for six hours.

Yet another offer is a 12-hour trip to Pompeii and Mount Vesuvius that departs from Rome. The tour leaves at 7:30 in the morning and in this case you also have an English speaking instructor accompanying the group. This trip also includes skipping the queues in Pompeii and each of the participants gets a headset to hear the guide better and… even Neapolitan pizza for lunch.

From March to November, the trip includes a visit to Mount Vesuvius and, in the case of bad weather, an alternate visit to the National Archaeological Museum of Naples. From November to March, the trip will offer a panoramic visit with the bus in Naples and free time in the city. (Mount Vesuvius site is closed during these months). The cost of the trip is EUR 126 per participant.

Zman Mekomi (Local Time, in Hebrew) is an online magazine written by local Israelis as well as Israeli expats. We cover subjects like travel, Israeli and Jewish life, culture and more

Like a postcard: A day trip from Milan will take you to Lake Como, Bellagio and Swiss Lugano

This is the Winner of The Voice Israel, 2019

Zman Mekomi Jan 19, 2020 0
Have you recently started your own business and want to make a profit? If yes, then you have come to the right…

3 Types of Tickets to the Eiffel Tower you Should Consider