A Personal Travel Guide To Israel: Changing Money and Tipping 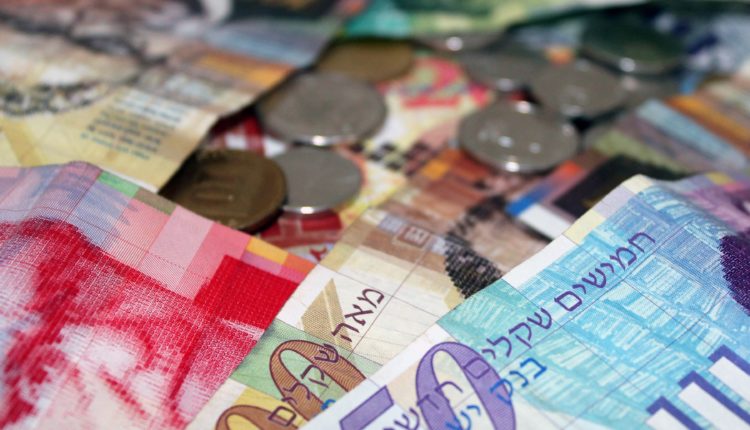 A Personal Travel Guide To Israel – Find all the chapters here

Israel’s currency is the New Israeli Shekel, abbreviated NIS, and as noted above, the currency symbol is ₪.  If you have an ATM card from a bank in the Cirrus or Plus networks, by all means convert your currency in Israel using an ATM.  It is incredibly easy and a great deal. You simply insert your card, instructions flash up in English (or you choose English, usually a UK or US flag icon), and you enter in the number of shekels you want to withdraw.

The system will automatically debit your checking account in dollars at the current conversion rate (as of January 2019, $1.00 USD = ₪3.70). You can also change cash at authorized money changing stores or the post office, but why risk carrying lots of cash?  Do not change your money into shekels at home—you will get a terrible rate!

One advantage tourists from abroad have is that we are exempt from paying the 17% value added tax (VAT) on hotel rooms or any meals or bar bills charged to the hotel room.  So, when buying meals or drinks in your hotel, charge them to your room rather than paying cash or using a credit card.

Most Israeli hotels and restaurants accept major credit cards.  Note, though, that Visa, MasterCard, and American Express may charge “foreign currency conversion fees” that they often fail to disclose. (Capital One and Delta’s Platinum American Express waive those fees, a major plus, and there are others.)  At as much as 3%, this charge adds up, and is a major irritant to me.

Banks usually charge that same fee for ATM withdrawals; still, the ATM route is far more convenient and safer than carrying around large sums of cash; plus, converting cash also has a fee. Just check with your bank on fees so you will know up front what you will be paying.

Note that Israeli bank ATMs do not charge flat, per-transaction fees, but stand-alone, non-bank ATMs may do so.  And before you leave, notify your bank and your credit card companies of your travel plans so that the fraud unit doesn’t freeze your cards because someone is using them in Israel!
Related Posts

A Personal Travel Guide To Israel: Tsfat (Safed), The…

You may also wish to ask your bank to increase the amount you can withdraw through an ATM per day as lower limits might restrict what you need.  And if you have a lot on deposit, ask them to waive the foreign currency transaction fees on ATM withdrawals, or set up an account with Capital One 360 or another bank that does not charge those fees.

Tipping is less universal and customary in Israel than it is in North America and much of Europe.  But it is more common than it used to be, so here are some guidelines:

In restaurants, where service is not included in the bill (usually clearly indicated, and almost always not included), tip 12-15%. You can leave more, of course, but Israelis don’t routinely tip at the customary 15-20% rate found in North America. While some restaurants are now allowing customers to add the tip to a credit card bill, I leave cash so that the server actually gets it.

In taxis, do not tip but you can round up to the next shekel or 10 shekels, if the fare is something like ₪59.  If you don’t say something, the driver will hunt for a one-shekel coin. If the driver does a lot of extra work, such as carrying bags into the hotel, or otherwise went “beyond the call,” then tip as you would at home.

For housekeepers in the hotel, I tip ₪10-15 per day.  It may not be customary, but these are among the lowest paid workers in Israel, and the tips are appreciated.

Sherut (group taxi) drivers are not tipped. This is like taking a bus.

For tour guides, if they are self-employed, no tip is expected, but if I loved the guide, I might tip around 10-15%.  If the guide is employed by a larger company, a tip in that amount is customary. On a big bus tour, it is customary to tip the guide ₪25-40 daily and the bus driver in the range of ₪12-20 daily, per person.

A pssionate traveller to Israel. Living in Cincinnati, Ohio, USA

Zman Mekomi Feb 6, 2020 0
Peace of mind, serenity, and amazing view... What started as a resort for vacationers looking for vegetarian…