A Personal Travel Guide To Israel: When to Go 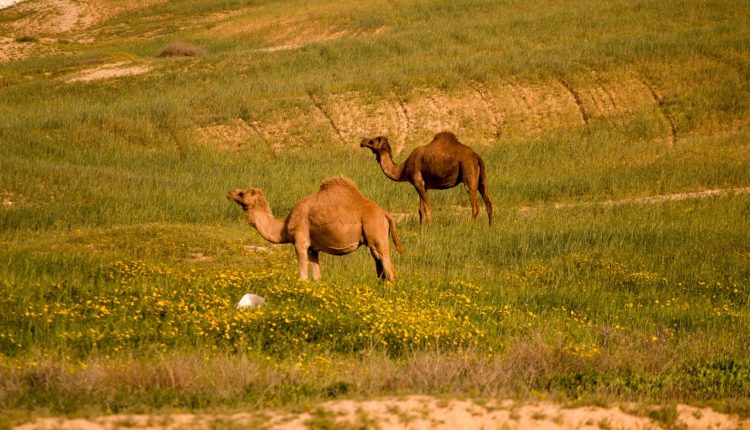 A Personal Travel Guide To Israel – Find all the chapters here

This depends on several different factors. Most of all, of course, it depends on your schedule and when you can travel, perhaps including school breaks. But you should also consider the weather in Israel, what kind of experience you are looking for, costs (peak and off-season), and the calendar of Jewish and Christian holidays (the latter relevant only because of outside tourists; the Christian population is under 2%, and Christian holidays are not observed in Israel).

Israel has only two primary seasons with “shoulder seasons” in between. The summer is from May to October. During that time, it is warm to hot and sunny every day and almost never rains. Sometime in October or November, the “winter” begins with the arrival of the rains (very welcome in this parched land), and this lasts until sometime in March or early April.

We had a surprising amount of rain on one October visit, unusual for that time of year, but that is rare indeed and we still were able to do and see nearly everything we wanted.

If you are watching costs, November can be a less expensive time to visit, but the weather can be less predictable. Of my November trips, I had flawless, warm-to-mild weather for most; on one, I had quite a bit more rain, including major blocks over several days and temperatures in the 50s F (low teens C). In November, take light sweaters and a light jacket, but remember to take hats for the sun, which can still be intense.

March can also be quite nice, with wildflowers blooming in the countryside after the winter rains, though it can be cool. I went in March for one trip and loved it, despite some rain, with green vegetation carpeting what would soon be brown desert hillsides!

If you go in December through February, know that the weather can be quite cool, wet, and even nasty. Snow is rare (and only in the higher elevations, such as Jerusalem), but temperatures in the 40s F (single digits Celsius) with rain are common—and many buildings lack central heating, making the room quite chilly.

From May through mid-October, rain will not be an issue. I have made three trips in late June, and it can be hot, but not generally brutally so. May is a great time to go, unless like one friend you have allergies to olive tree pollen, because they’re in full bloom then. Temperatures are generally in the 70s F (high 20s C) every day except occasional heat waves, and the evenings are just delightful.

The temperatures are also quite nice in October, though more variable. Even in the summer, we have sometimes needed a light jacket for evenings in Jerusalem, when it cools off in a lovely way.

July and August into September will be quite hot, even brutally so, and the country is more crowded with families. The climate is basically very similar to Southern California. At the Dead Sea or Eilat, though, it is warm to hot year around, and extremely hot in the summer, like Arizona or Mexico.

Despite the hot weather, summer is peak season for Israel travel, with more crowding, higher hotel prices, and even minimum stays at some hotels. Unless July or August is the only time you can go, I recommend avoiding it.

You will also find peak prices and crowding around the major Jewish holidays, especially in the fall with Rosh Hashanah and Yom Kippur through Sukkot and Simhat Torah, Passover in the spring, and Shavu’ot in the early summer. In Jerusalem in particular, prices also go up around Chanukah/Christmas and around Easter, which is usually (but not always) the same week of Passover. (And remember, in Israel you have both the Latin/Western Easter and the Orthodox/Eastern Easter—and they can be the same or different Sundays!)

In sum, my favorite times to visit Israel are from late April (after Easter and the end of Passover) through May, and late October (after Simhat Torah—search Google for the date in any civil year) through mid-November, with a recent affinity for green March. But you can have a good trip to Israel in any time of year if you plan appropriately.

A pssionate traveller to Israel. Living in Cincinnati, Ohio, USA

A Personal Travel Guide to Israel: Getting There and Getting Around

A Personal Travel Guide To Israel: Finding a Place to Stay

A Personal Travel Guide To Israel: Changing Money and Tipping

Zman Mekomi Jan 19, 2020 0
Have you recently started your own business and want to make a profit? If yes, then you have come to the right…

Which Colosseum Tickets Should I Buy and How Much Should They Cost?